Like 100M other hyped up sports fans, I hunkered down on the couch last Sunday to watch Superbowl XVL. Not being a huge fan of either team, I decided to focus on the advertising strategies instead of the coaching strategies. I kept track of all the brand and product placements that were scattered throughout the pre-game shows, and during the game itself. Some were obvious, others, not so much. 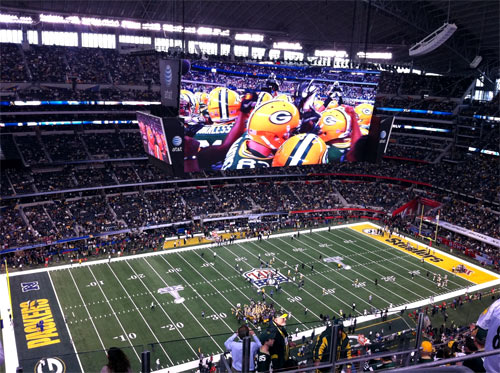 Here are 10 from my list – the 5 most blatant, and 5 other, more subtle placements. Do you think this brand strategy is more effective or less effective than the commercials themselves? Did you see any additional placements that deserve a nod?

Top 5 Most Subtle (and effective):